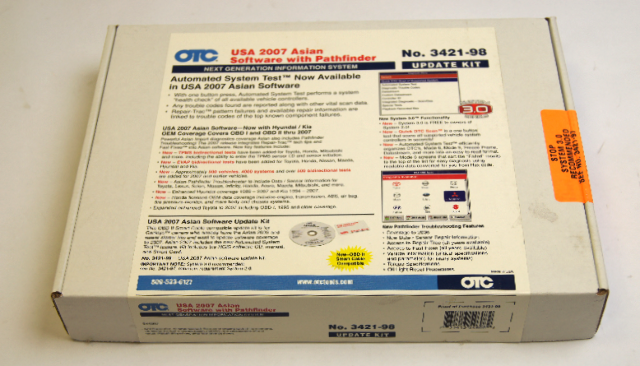 This OBD II Smart Cable compatible update kit is for Genisys owners who already have the Asian 2003 and newer starter kits and want to update software coverage to 2010.

TPMS bidirectional tests have been added for Toyota, Honda, Mitsubishi and more. Including the ability to enter the TPMS sensor I.D and sensor initiation.

Approximately 600 vehicles, 5000 systems and over 600 bidirectional tests are added for 2010 and earlier vehicles.

Expanded enhanced Toyota to 2010 including OBD I, 1995 and older coverage.

Please Make Sure You Leave A  Message At The End of  Email below for Fast Response or Reply.
And if nobody answers you online, sometimes, do not worry, leave us a message or write your desires, we will contact you as soon as possible. , We Will GET Back to you immediately.
Thanks for your Understanding.

For Direct Live Chat: Visit Us @

$2,000.00
Add to cart
Scroll To Top
This website uses cookies to help us give you the best experience when you visit. By using this website you consent to our use of these cookies.
Accept More info